A NOTICE TO OUR PATIENTS:

Westbrook Vision Center is back to regular office hours!

We are taking actions to make sure you remain safe and healthy during your visit which is why we ask that you bring a face mask to your appointment.

If you do not have one, we are happy to provide one. We look forward to seeing you!

Meet the experienced and friendly doctors and staff who make Westbrook Vision Center the leading provider of vision care products and services in Peoria.

Dr. Smith was born at Good Samaritan Hospital in Phoenix Arizona and finished grammar school in Colorado Springs, Colorado. He graduated with honors in 1998 from the Arizona State University with a Bachelors Degree in Biology. He had several rotations while attending The Southern California College of Optometry including an ocular disease rotation at the Veterans Affairs Hospital in Amarillo Texas, Makalapa Medical Clinic in Pearl Harbor Hawaii, and the Barnet Dulaney Perkins Eye Center in Phoenix Arizona. Dr. Smith worked with Dr. Mel S. Moss in Phoenix until 2006, and currently owns and works at The Westbrook Vision Center. As of October 2018, he launched Carefree Eyecare located at Carefree Highway and North Valley Parkway as a second practice site.  He is an adjunct professor at Midwestern University and teaches business management to the optometry students.  He is a member of The American Optometric Association and past President of The Arizona Optometric Association.  His forte is in specialty fit contacts for patients that suffer from corneal issues and/or refractive surgery complications.  He lives in Northwest Peoria with his wife Bethanie, son Ethan, daughter Madeline and rotten dog Gizmo. 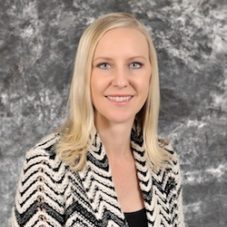 Dr. Deemer has been a licensed Doctor of Optometry in the state of Arizona since 2003. She grew up in Glendale Arizona, attended Apollo High School and received her Bachelors Degree from the University of Arizona. Dr. Deemer was awarded her Doctorate of Optometry from The Southern California College of Optometry. She completed internships at the Phoenix Indian Medical Center, San Diego Naval Medical Center, and the Tucson Veterans Hospital. Dr. Deemer has been a member of The Arizona Optometric Association for 15 years and is currently the Diabetes Chairwoman. She also is a member of The American Optometric Association. She and her husband opened their private practice, Westbrook Vision Center, in 2005. She lives down the street with her husband Todd, son Ethan, daughter Madeline, and her precious little dog Gizmo. 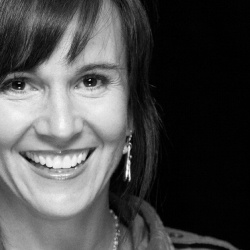 Dr. Hawkins has endless energy and compassion for children with special needs. She presents that same dynamic enthusiasm with her patients of all ages. People are genuinely happy when she enters the room. A third-generation Optometrist, she is a down-to-earth doctor that treats every patient as if they are a member of her family. In addition to her optometric practice, she loves spending time with her wonderful husband and their two precious daughters. An avid runner, she regularly competes in half marathons. Yet, still finds the energy to volunteer her time screening school-aged children at health fairs, examining infants free of charge as part of the InfantSee Program, and loves coaching her daughters in volleyball and basketball.

Her studies then brought her to Arizona, where she completed a residency in Family Practice Optometry at Midwestern University and earned her fellowship in the American Academy of Optometry (FAAO).

She currently works out of the Carefree and Westbrook offices. She is also an adjunct professor at Midwestern, teaching third- and fourth-year optometry students. 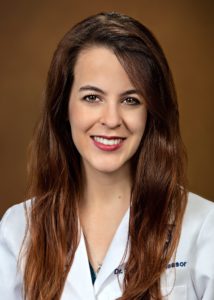 Currently, Dr. Reasor is an adjunct clinical professor at Midwestern University and works at Carefree EyeCare.

In her free time, she loves to bake goodies and be an adventurous foodie, enjoy nature and travel, and spend time with her dogs. 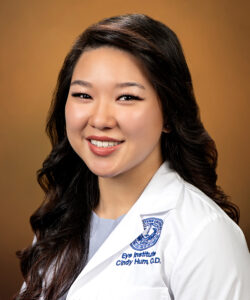 “I have been a patient for about 2 years now and I have nothing but excellent things to say about Westbrook. They have an PHENOMENAL staff there and Dr. Smith is very knowledgeable with my needs also, they're are very affordable. Sonya is always quick to meet my needs and on the ball with ordering my products! Every time I call or come in l it is always a pleasant experience and leave with a smile. I would recommend anyone to Westbrook.”

You can schedule your next eye exam with us online!

Leave Us a Review

Please take a moment and let us know how your experience was.